“Indigo. Das Schliemann Projekt” is about an (un)achievable dream, passionate and fierce pursuit of a goal, truth and lies, simulation and reality and endless search for the true self, a kind of archeology of self.

The performance is inspired by the colorful and contrasting biography, personality and story of 19th century businessman, polyglot, discoverer of historic Troy, Heinrich Schliemann.

In 2022 Europe celebrated the 200th anniversary of the birth of Heinrich Schliemann, the discoverer of one of the cradles of its origin, who started the excavations of Troy and Klaipėda celebrates the 770th anniversary of the founding of the city. One can assume that Klaipėda, or more precisely, its port, contributed to the discovery of the ancient settlements from which European civilization is derived today. In 1853 in the beginning of the Crimean War and the blockade of the ports of the Russian Empire, all Russian exports and imports were routed through Klaipėda. So the goods of H. Schliemann, who traded with the Russian Empire at that time, also ended up here. His huge cargo, consisting mainly of indigo dye powder and other materials needed for war, was perhaps the only one left untouched by the Great Fire that devastated Klaipėda during 1854. H. Schliemann doubled his capital thanks to this incredible coincidence. Not only did he avoid bankruptcy, but he also became quite rich. A couple of decades later, he could afford to fulfill his old dream – to discover Troy and prove that it existed not only in Homer’s poems.

A 19th-century businessman who spoke eighteen languages ​​and recited the Iliad by heart, visited most of the world’s continents, but finding personal happiness and achieving scientific recognition was far more difficult for him than commerce or archaeological excavations. H. Schliemann brought Troy back to the world, but historians, archaeologists and even biographers have mixed opinions about him.

The creators of the dance performance “Indigo. Das Schliemann Projekt” were inspired not only by H. Schliemann’s historic discoveries, but also by his dynamic life story filled with personal losses, disappointments, stubbornness and will, incredible coincidences, lies and self-deception, love and longing for it. The performance creates a subjective narrative based on impressions, which not only interprets a historical figure, but also presents creators’ self-reflections. 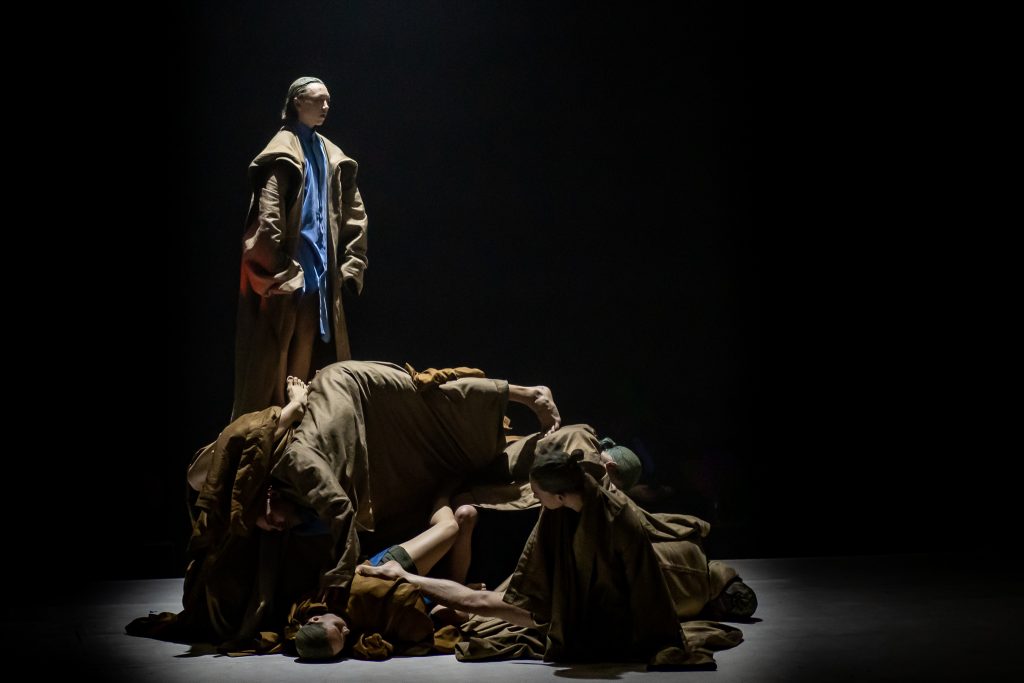 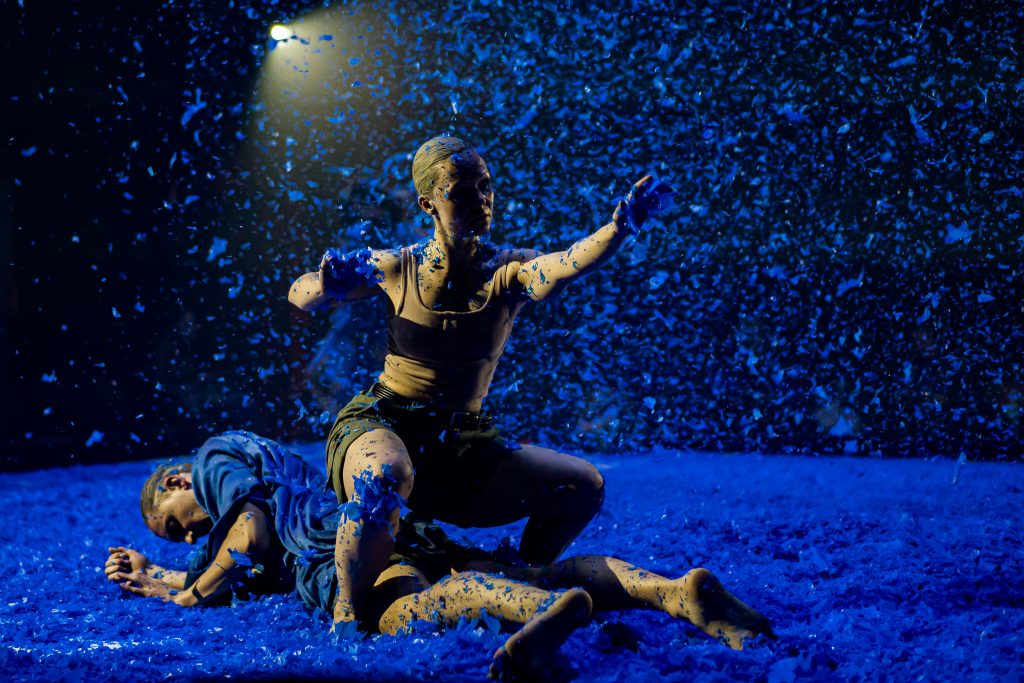 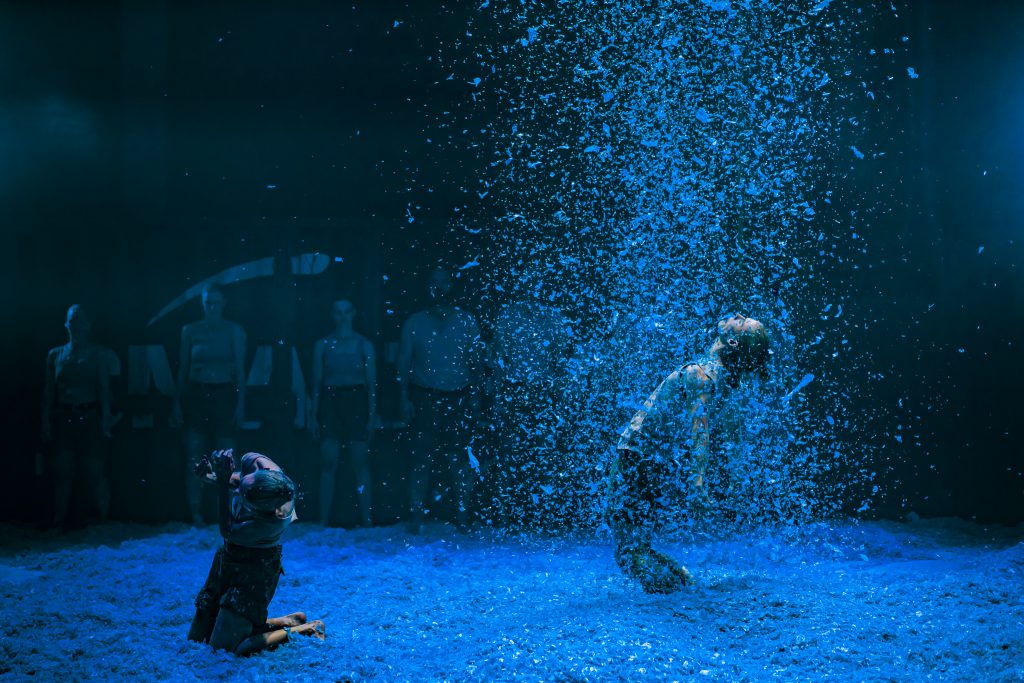 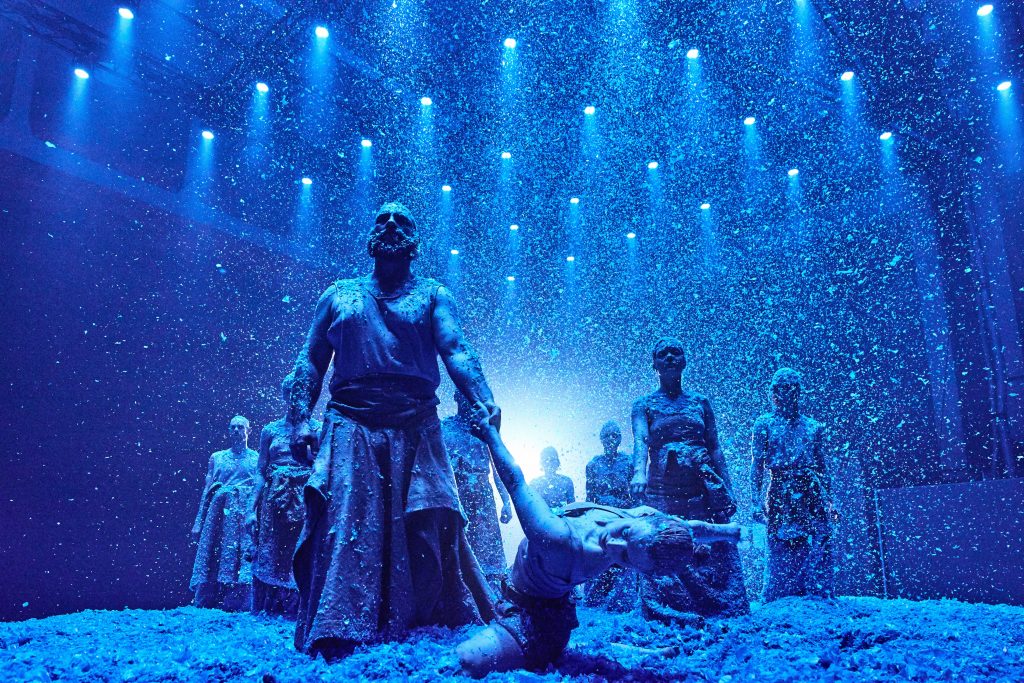 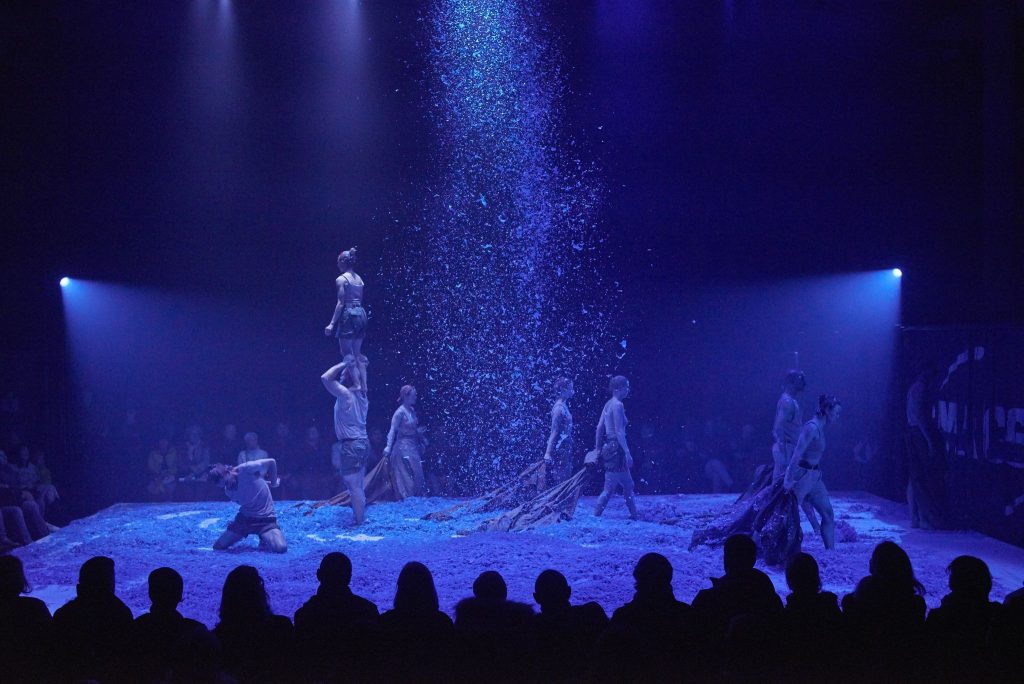