This installation is a tribute to the history of Neringa, the present and the worrying future. Located in the Nida lighthouse, “Islands” invites you to immerse yourself in the space of minimalistic music, movement, lights and colorful costumes. Entering the space involves a feeling of gradual blow of sand – as if you were inside an hourglass. The spectator is greeted by a storm that can be observed through a small crack, meditative music composed of sand and the cello. The music of the famous composer Žibuoklė Martinaitytė is composed of analogous sounds of sand and cello and fills the whole lighthouse with multichannel sound.

Figures reminiscent of people meet on stairs, but their identities seem to be erased, and their bodies are gradually washed away by the sand. While the stairs lead up, feeling says being drifted by sand is inevitable. In this way, the installation lures into a dreamy and poetic state, in which the legends and history of Neringa seem to be repeated. Only now the island is being poured not by the giant Neringa, but by irresponsible tourists, drifted not by sand, but by trash.
Using the example of the Curonian Spit, “Islands” explore themes of sustainability, environmental protection and the future of humanity.

“Žibuoklė Martinaitytė’s music encodes a subtle dramatism that arises from the internal processes of the composer’s music. This principle of music is perfect for “Islands”, the installation that talks about difficult topics – our relationship with nature, environment and possible future scenarios determined by the irresponsibility of humanity. I would say that the dramatism of the music in this work is most striking, it connects with a rather minimal but clear choreography, which, like the visual part of the performance, is most interesting to look at from above. “Islands” is a subtly beautiful picture of sound and movement.” 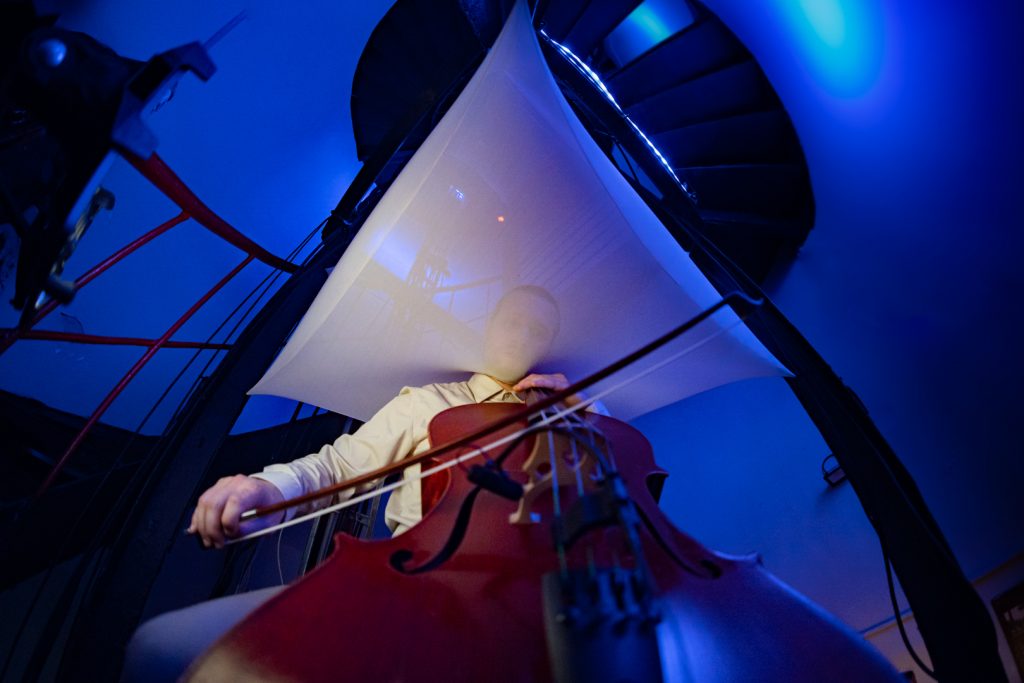 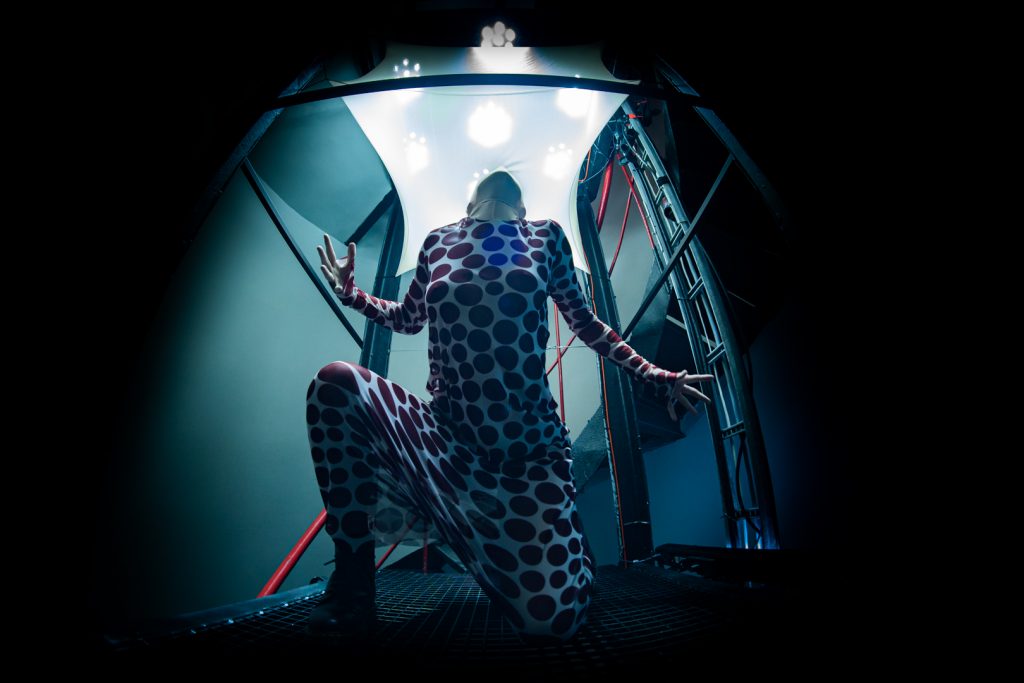 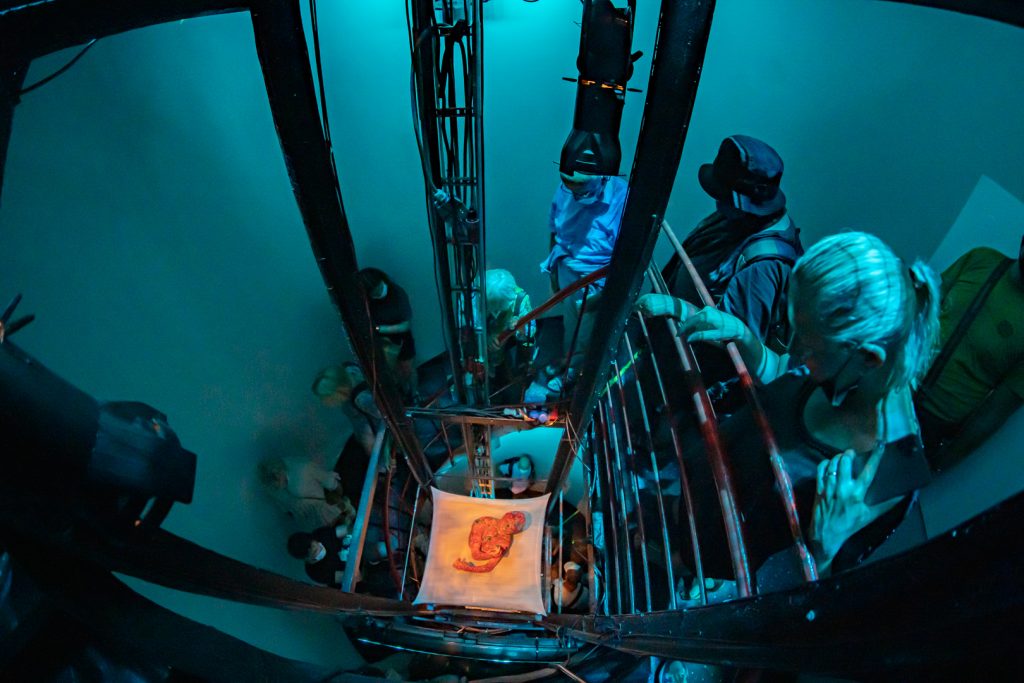 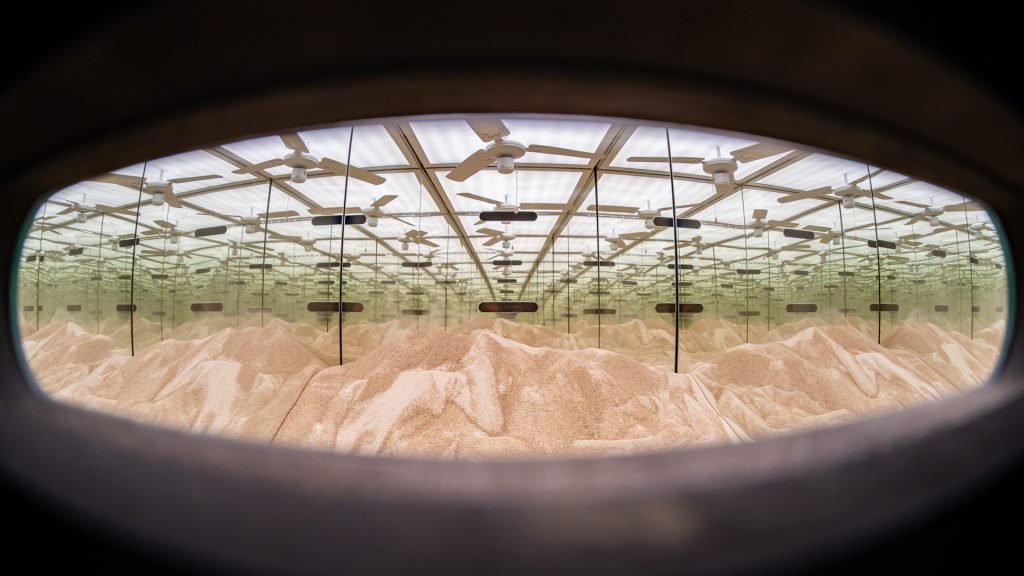