If dancing about architecture looks like an impossible idea, the team of “Dance + City” proves differently!
Take a look at the one minute videos that connect contemporary dance, Klaipeda city industrial marine architecture and video art.

We present the clips together with Lithuanian national television LRT and LRT PLIUS and Lithuanian Dance Information Centre.
Special thanks to AB „Vakarų laivų gamykla“ and AB „Klaipėdos energija“ for letting us reveal their sites and our sponsors: Klaipėda City Municipaity and Lithuanian Culture Council.

The southern pier, like its northern brother, arose in the port city in the the mid 19th century so that ships can enter the port safely. Also called the sea gate, the piers are bright signs of maritime-industrial Klaipeda and a favorite object for walks.
On the pier one can witness meeting the civilization and the element of nature, human fragility and fierce waves, which only a chain of massive concrete blocks can withstand.

“Klaipėda Energy” thermal power plant, which is little known to the townspeople, boasts gigantic, 7-storey house-like steam boilers and German AEG power generation turbines installed and still operating here since 1934. In this interior, in a symbolic space, two worlds try to meet through dance: the hermit and society, introverted modesty and extraverted drive. The light bulb tries to illuminate an unfamiliar world, but as time passes it remains to wander in solitude.

One of the most important objects of the maritime-industrial port city is the Western Shipyard with the largest ship repair dock in the entire Baltic Sea region. In the video, this secured factory area opens in the golden evening light, where dance brings unusual softness and poetry of movement to the iron and rust-dominated industrial space.

Klaipeda is unique with moving bridges typical of a maritime city and has three of them in the city: Biržai and Pilies bridges that lift and the rotatable (chain) bridge. Pilies bridge, built in 1904, is decorated with Jugend style elements. After the bridge was demolished during the war, it was rebuilt in the 1960s and gained its current appearance after a major overhaul in 2014.
The Chain Bridge is a cultural and technical monument, the only such mechanism in Lithuania. The wrought iron facility, built in 1855, is turned by hand every hour so that ships can enter and leave the castle site.
In the confrontation between the rough mechanics of bridges and the fragile lines of dance, monumentality and movement, a dialogue of eternity and temporality unfolds. 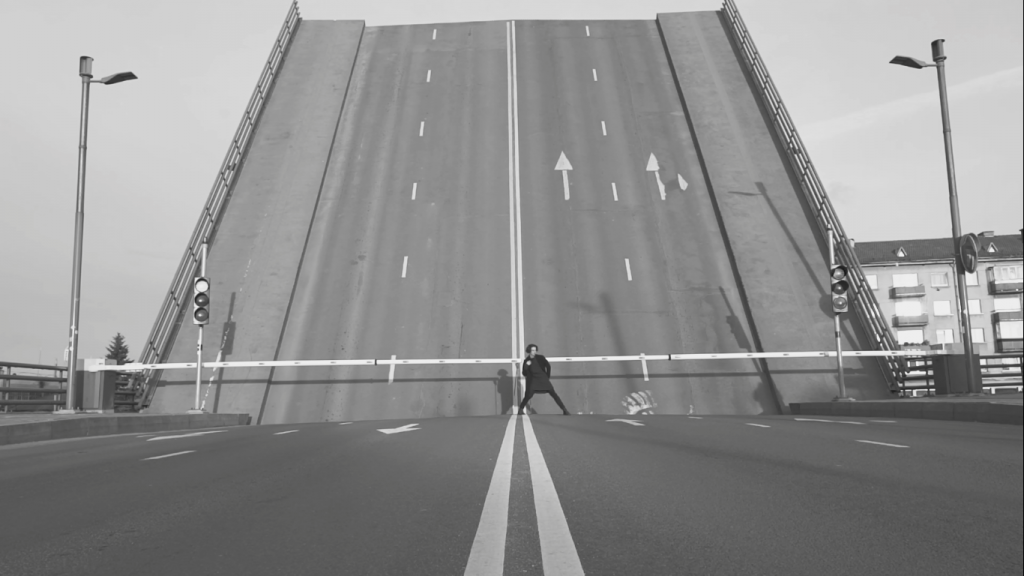 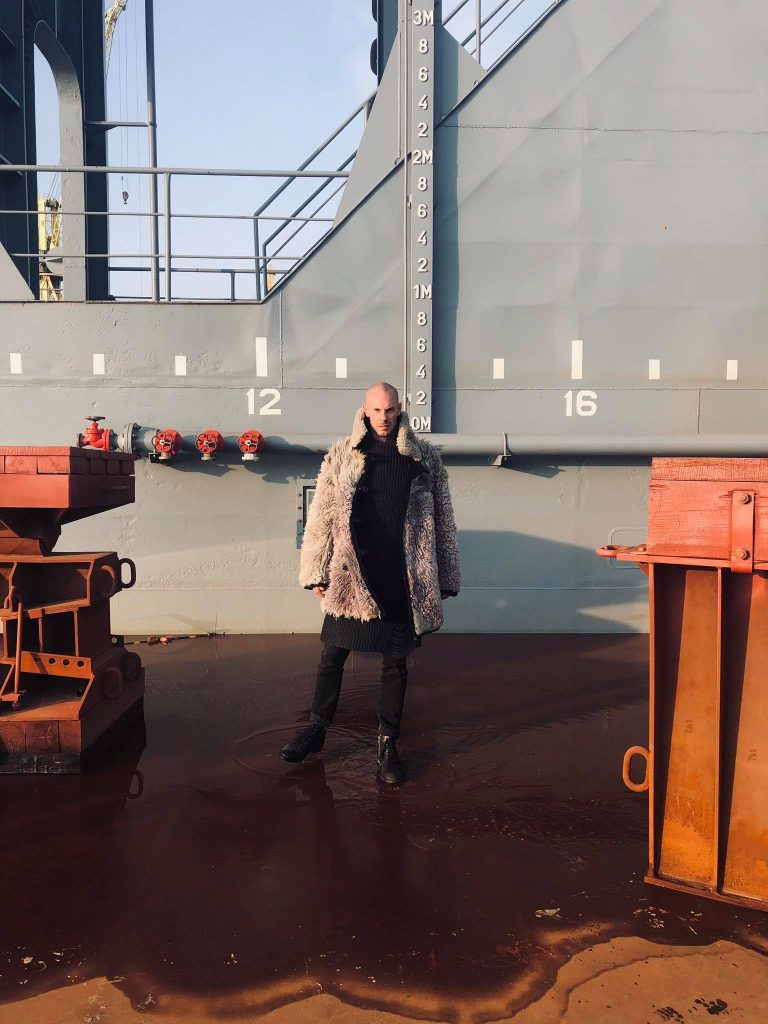